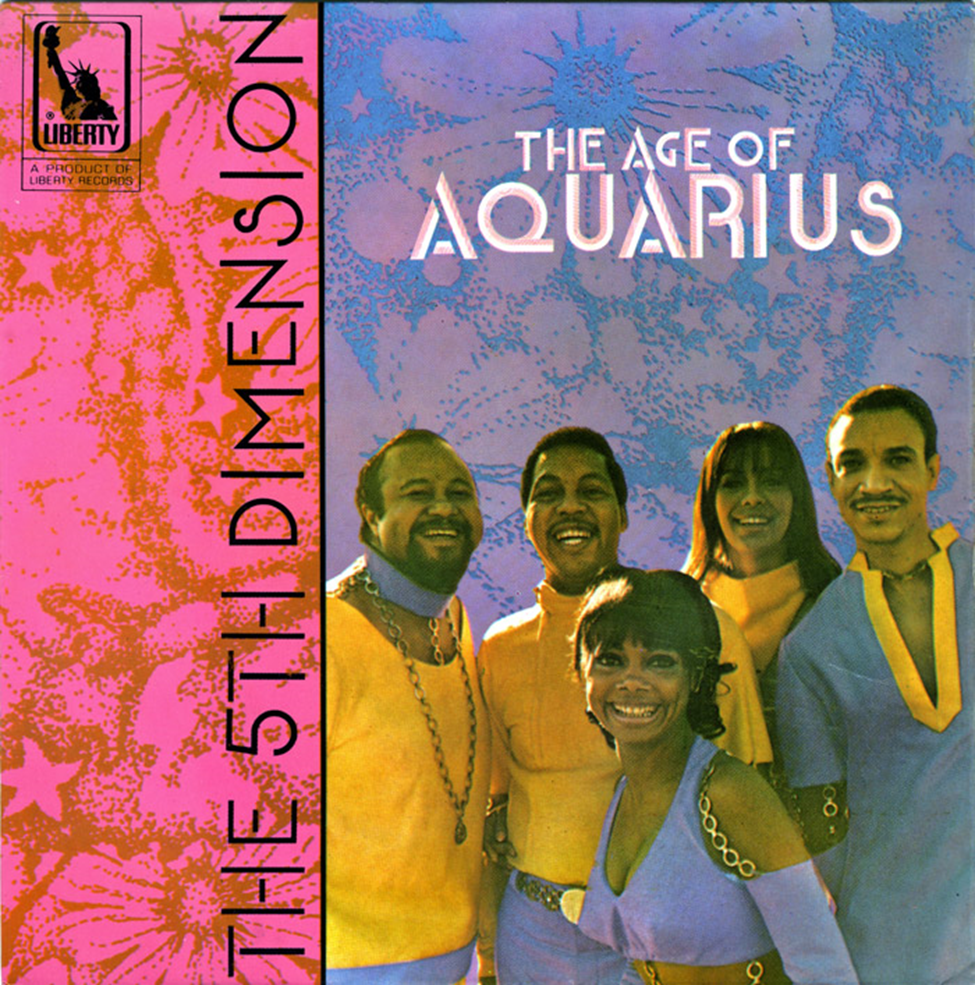 When the moon is in the Seventh House
And Jupiter aligns with Mars
Then peace will guide the planets
And love will steer the stars
This is the dawning of the age of Aquarius
Age of Aquarius
Aquarius!
Aquarius!

The 5th Dimension was a highly popular ensemble group during the late ’60s and early ’70s. It originally consisted of Billy Davis, Jr., Marilyn McCoo, Lamonte McLemore, and Ron Townson, who were quickly joined by Florence LaRue. They at first called themselves the Versatiles, and owed their rise to Motown Records and Johnny Rivers, who had just started his own record company. This song turned out to be their biggest hit, staying at #1 for six weeks. The 5th Dimension performed several more hits over the years until 1975, when Davis and McCoo got married and left the group. The original group reunited in 1990 for a tour, capitalizing on the growing nostalgia for the music of its era.