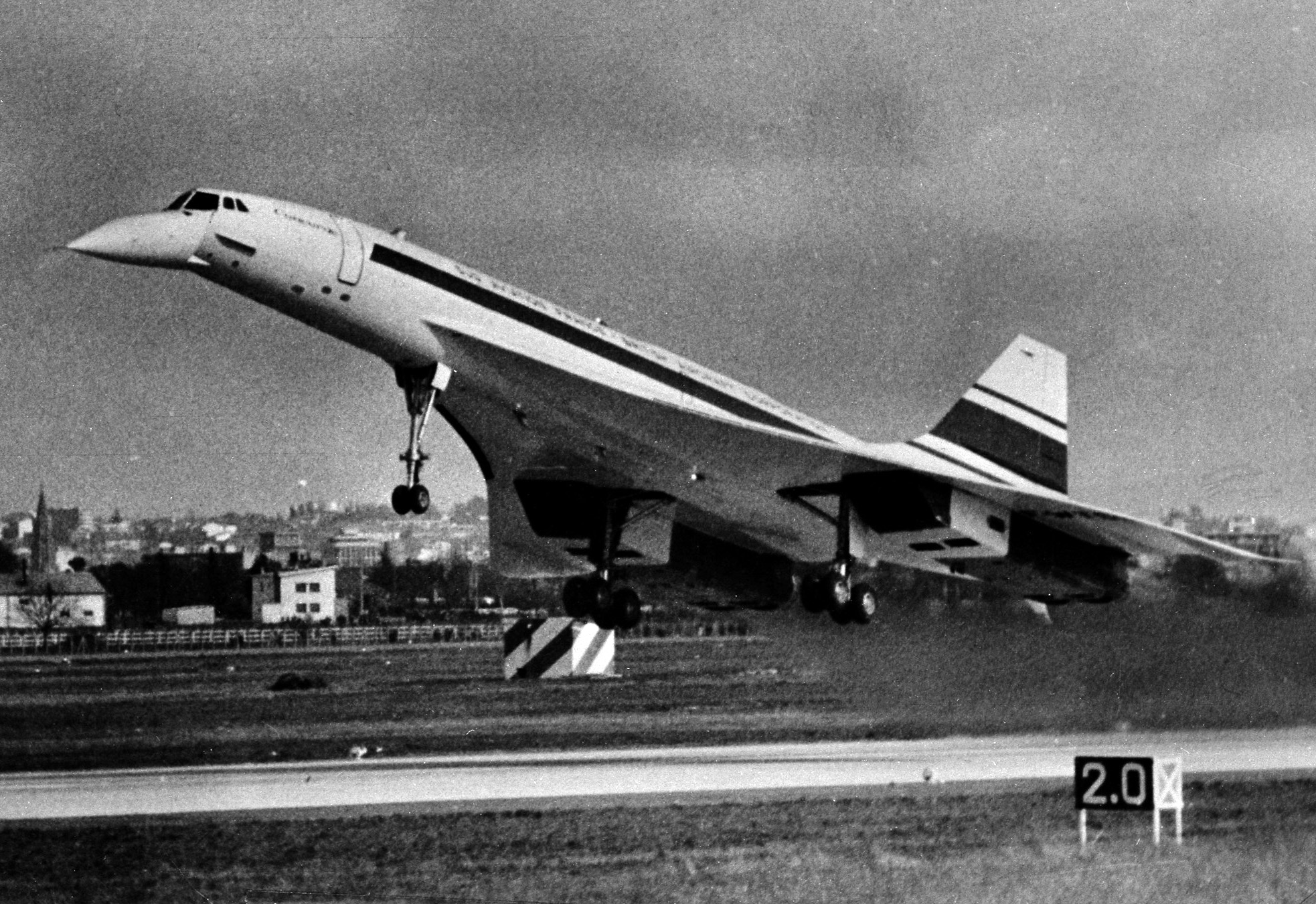 In Toulouse, France the first Concorde test flight is conducted.

The design work was supported by a preceding research programme studying the flight characteristics of low ratio delta wings. A supersonic Fairey Delta 2 was modified to carry the ogee planform, and, renamed as the BAC 221, used for flight tests of the high speed flight envelope, the Handley Page HP.115 also provided valuable information on low speed performance.

Construction of two prototypes began in February 1965: 001, built by Aérospatiale at Toulouse, and 002, by BAC at Filton, Bristol. Concorde 001 made its first test flight from Toulouse on 2 March 1969, piloted by André Turcat,[55] and first went supersonic on 1 October.[56] The first UK-built Concorde flew from Filton to RAF Fairford on 9 April 1969, piloted by Brian Trubshaw.[57][58] Both prototypes were presented to the public for the first time on 7–8 June 1969 at the Paris Air Show. As the flight programme progressed, 001 embarked on a sales and demonstration tour on 4 September 1971, which was also the first transatlantic crossing of Concorde.[59][60] Concorde 002 followed suit on 2 June 1972 with a tour of the Middle and Far East.[61] Concorde 002 made the first visit to the United States in 1973, landing at the new Dallas/Fort Worth Regional Airport to mark that airport’s opening