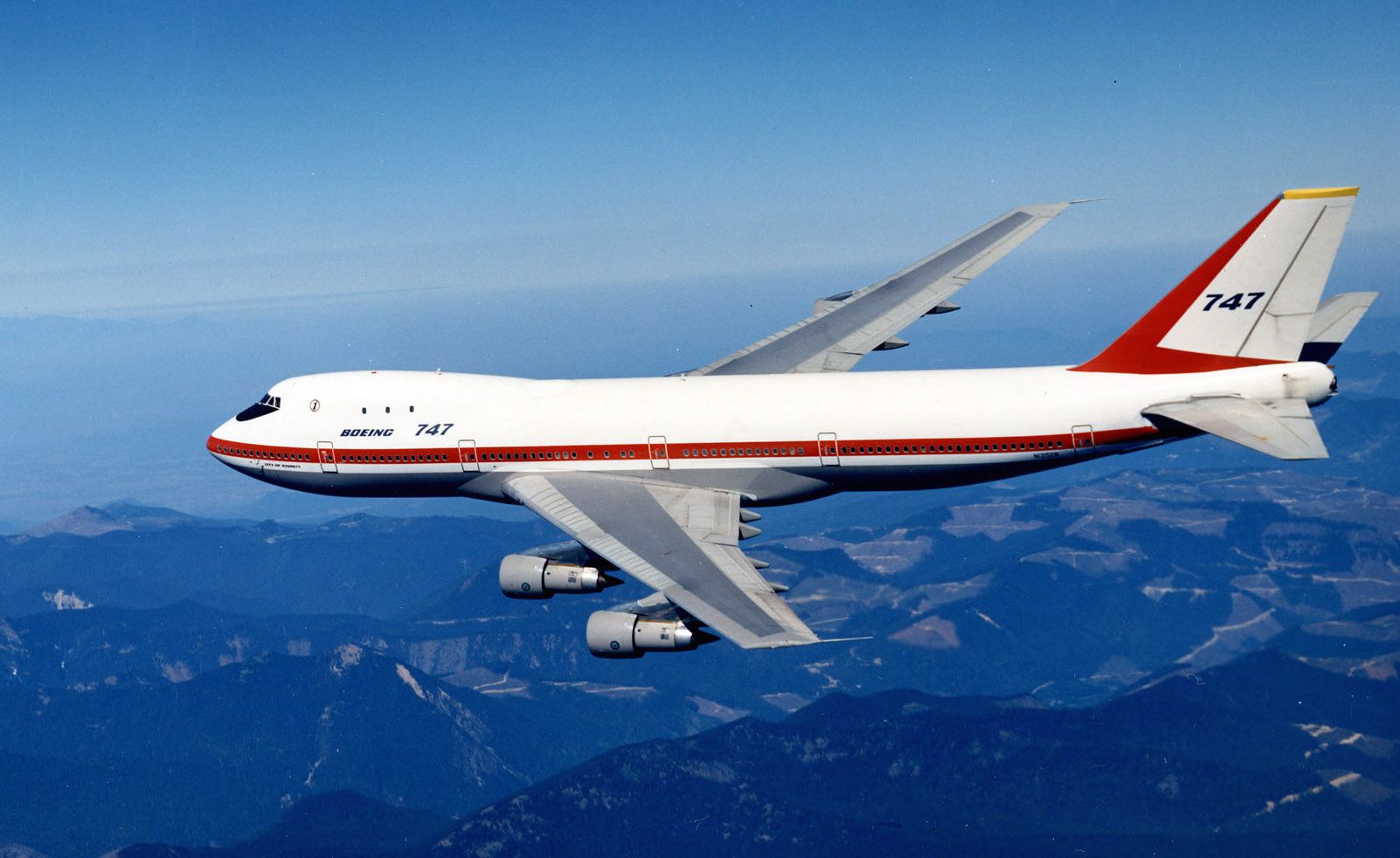 February 9, 1969, the Boeing 747 “jumbo jet” is flown for the first time, taking off from the Boeing airfield at Everett, Washington.

On February 9, 1969, Boeing flies its 747 model for the first time. The jumbo jet, christened the City of Everett, is the first new Boeing transport not painted in Boeing’s traditional prototype colors of brownish-copper and yellow.

Crowds of people gathered at Paine Field in Everett that morning to witness the flight of the largest transport plane in the world. On board were pilot Jack Waddell, co-pilot Brien Wygle, and flight engineer Jess Wallick. The weather started off bad, but at 11:00 a.m. the clouds began to thin.

Waddell eased the throttles forward. The superjet accelerated down the runway, its nose lifting. Halfway down the field the giant plane took flight at 164 m.p.h.