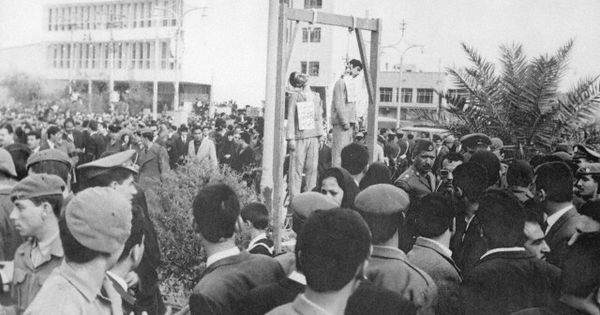 By 1969, Iraq’s Jewish community had shrunk from more than 130,000 in 1948 to less than 3,000 due to mass emigration caused the establishment of the State of Israel, the subsequent Arab-Israeli wars, and anti-Jewish persecution.

The lopsided defeat suffered by the Arab states, including Iraq, against Israel in the June 1967 Six-Day War further increased discrimination against Iraq’s remaining Jews: “They were dismissed from government jobs, their bank accounts were frozen and they were confined to house arrest, among other restrictions.”[
In July 1968, the Arab Socialist Ba’ath Party took control of Iraq in a bloodless coup. The new government was weak and was in constant fear that it would itself be the target of a coup. After the Israeli Air Force struck an Iraqi military position in northern Jordan on 4 December 1968 in retaliation for the shelling of Israeli communities in the Galilee, the Ba’athist regime began “hunting down an American-Israeli spy ring it said was trying to destabilize Iraq.” The authorities began arresting alleged conspirators shortly thereafter, including twelve Jewish men from Baghdad and Basra.