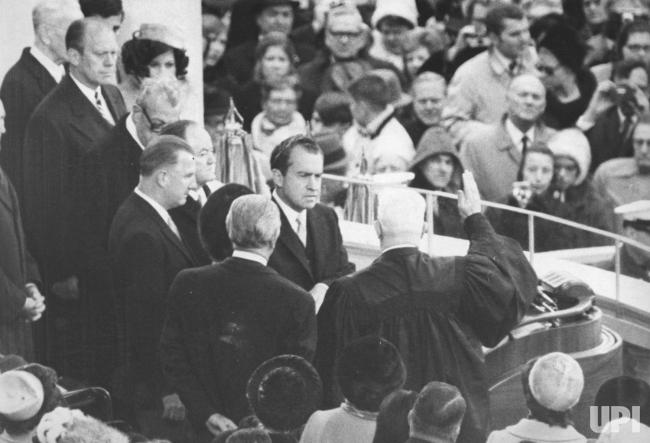 Richard Nixon enters the presidency convinced “that a clear-cut victory in Vietnam [is] no longer possible.” ( Kissinger, Diplomacy, 1994, p. 676.) In his inaugural address Nixon proclaims that Americans “cannot learn from one another until we stop shouting at one another.” And he says, “the greatest honor history can bestow is the title of peacemaker. This honor now beckons America.”