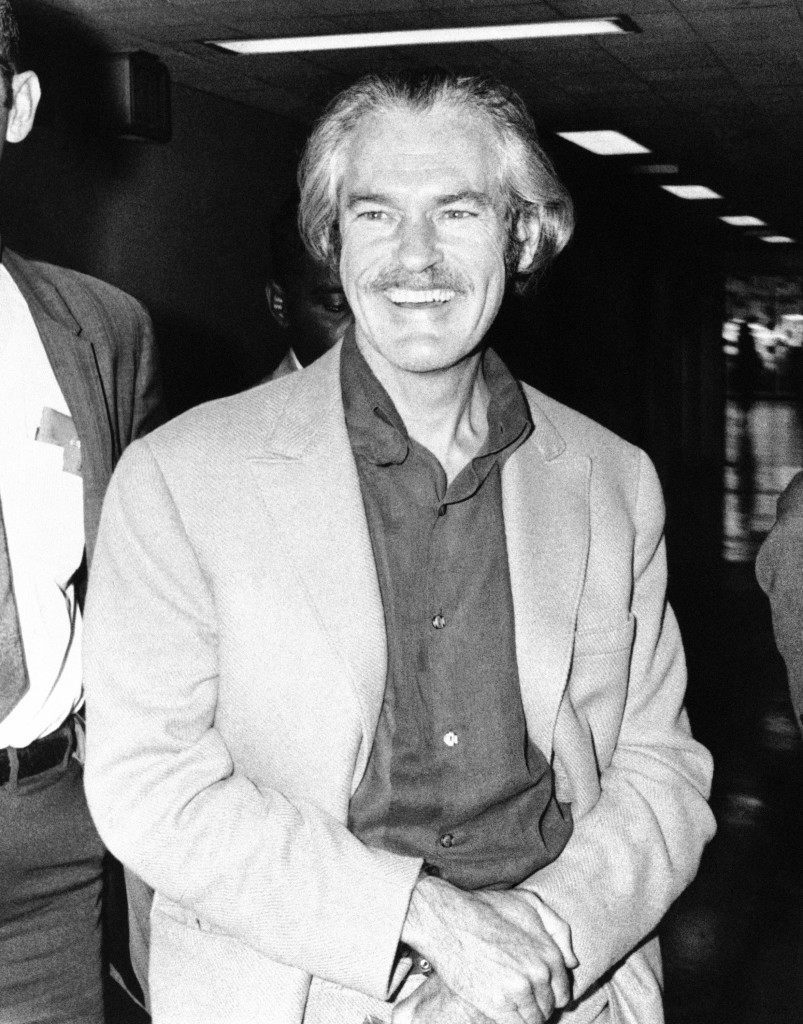 Timothy Leary — the high priest of the 1960s movement to create a better world by turning on to LSD — died of prostate cancer yesterday, leaving behind bitterly conflicting opinions over what his brilliant, erratic and colorful life meant.

Leary, who died in his sleep at 75 at his hilltop Beverly Hills home, was recalled by some as the prophet of a new age of enlightenment. To others, he was a menace who destroyed countless lives by encouraging people to experiment with a dangerous and illegal drug.

Always media conscious, the former Harvard professor popularized the phrase “turn on, tune in, drop out” during an era when the Vietnam War, the civil rights movement and the sexual revolution reflected youthful rebellion against authority.

He even managed to turn his protracted death, which he dubbed “High Tech Designer Dying,” into a media event. His friends created a home page on the World Wide Web, where users could click onto updates on his deteriorating condition, help themselves to a virtual tour of his home and learn about the drugs he was taking to deal with the pain of the disease that killed him. His recent daily intake included 30 cigarettes, one “Leary (marijuana) biscuit,” a bong hit and half a cup of coffee. For a time, he had even contemplated committing suicide online.

Those who got through yesterday to his busy Web site — http://leary.com — could read of his quiet death. “Timothy has passed . . .” the page began. “Just after midnight, in his favorite bed among loving friends, Timothy Leary peacefully passed on. His last words were ‘Why not?’ and ‘Yeah.’ Our friend and teacher, guide and inspiration will continue to live within us,” his friends wrote. Carol Rosin, a friend of 25 years, was present when Leary died. “I had my finger on the pulse on his neck when he died,” she said. “What an experience to have that incredible mind and soul leave that body.” And some of him will leave the planet in October. About seven grams of his ashes will be launched into space by a Houston company. The remains, along with those of “Star Trek” creator Gene Roddenberry and 28 others, will be attached to the final booster stage of a rocket. Another old friend, Wavy Gravy, the Berkeley counterculture clown who recently turned 60, said Leary died the way he lived. “He attacked life the same way he attacked death — with a questioning of all authority and like a scientist.”

But others who knew Leary, who earned a Ph.D in psychology from the University of California at Berkeley before he joined the faculty at Harvard University and began experimenting with lysergic acid diethylamide in the early 1960s, were less reverential. Their views reflected, in part, hardening attitudes toward not just LSD but all recreational drugs. “He was a friend, but he did a lot of harm,” said G. Gordon Liddy, the convicted Watergate figure who like Leary became a media perennial. The two were a debating odd couple on the lecture circuit in 1982, an act they continued sporadically for more than a decade. “He telephoned me and told me he had terminal prostatic cancer,” Liddy, who hosts a daily radio talk show in suburban Washington, D.C., said in a telephone interview. “He discussed death as yet another great adventure that he was looking forward to,” said Liddy, who as a New York prosecutor once arrested Leary on drug charges in a police raid. Leary’s life was quite an adventure. Born Timothy Francis Leary in Springfield, Mass., he attended West Point before entering the Army during World War II. His life was conventional until his Harvard days, when he met colleague Richard Alpert, today known as Baba Ram Dass, the New Age philosopher and speaker. The two began experimenting with LSD and after four years were fired from the university. Tall, handsome and often turned out in a natty suit and tie, Leary began expounding the virtues of taking LSD as a vehicle for personal growth. And because the substance was and is illegal, his long troubles with the law began. For a time, Leary and Alpert lived on Millbrook Estate, a 63- room mansion in New York state where at times they were joined by fellow drug experimenters Allen Ginsberg, Jack Kerouac, William Burroughs, Abbie Hoffman and Aldous Huxley.

Leary once told a Playboy magazine interviewer: “The inevitable goals of the LSD session are to discover and make love with God, to discover and make love with yourself and to discover and make love with a woman.” It was not LSD, but rather marijuana, that actually sent Leary to prison. On Dec. 26, 1969, he was sentenced to 10 years in prison for marijuana possession. In September 1970, he escaped from the California State Men’s Colony in San Luis Obispo and disappeared. A few days later, it was learned that the Weather Underground, a radical group of the era, had helped Rosemary Leary, the third of the LSD guru’s four wives, in planning his escape. A few weeks later came even more spectacular news. Leary was in Algiers, where he joined such other fugitives from American law enforcement as Black Panther Eldridge Cleaver, who kidnapped Leary and his wife after a political disagreement. The couple escaped and flitted from country to country. In 1973, Leary was caught in Afghanistan and returned to California, where he was sent to Folsom Prison. He was paroled in 1976, after cooperating with federal law enforcement authorities in their investigation of other drug icons. That led to denunciations of Leary by his own son, Jack, and such old friends as Ginsberg and Ram Dass. “He cost us a lot of man hours,” said Daniel Addario, who in the late ’60s was chief agent for the U.S. Drug Enforcement Administration in Northern California. “He was very intelligent and charming. He was a great speaker and made a great appearance. He could convince people that LSD was the greatest thing going,” added Addario, who is now chief investigator for San Francisco District Attorney Terence Hallinan. “But I would say he was an evil figure. He ruined a lot of lives.” Over the years, Leary also tried a host of legal ways to make a living. He was director of psychological research for the Kaiser Foundation, a stand-up comedian and actor, an author, a software developer and a failed candidate for governor of California in 1970. He also attended a Libertarian Party national convention. He appeared in a number of little-known films, including “Banana Chip Love” and “Sex Police.” Another old friend, San Francisco public relations man Lee Houskeeper, recalled his days as the traveling manager of a psychedelic rock band, Clear Light. Leary was their opening act when they were booked for a week at the Electric Circus in Manhattan’s East Village. “He was lecturing these drugged-out burnouts who followed him like lemmings,” said Houskeeper. “He started out with the best of intentions, but during the week he ended up as a drug counselor, telling these people to stop it. “The LSD scene was not the wonderful, intellectual pursuit he thought it would be.” To Todd Gitlin, a historian of the 1960s who now teaches at New York University, Leary was an important figure who influenced many people to sample the drug scene. “He was right out of central casting, and offered an invitation to people to drop out and find chemical salvation,” Gitlin said.

To Michael Harrison, another talk show host who now publishes “Talkers Magazine” about the industry, his old friend was something of a mystery. Harrison said that most of all, “He was very preoccupied with being Timothy Leary.” Leary agreed with that. “I am a very courageous person,” he once told the Associated Press. “And I am a very self-confident person. To be self-confident, you have to be (expletive) intelligent.” Leary is survived by a son, Jack, from his first marriage, and by a stepson, Zach, from his final marriage, which ended in 1994.