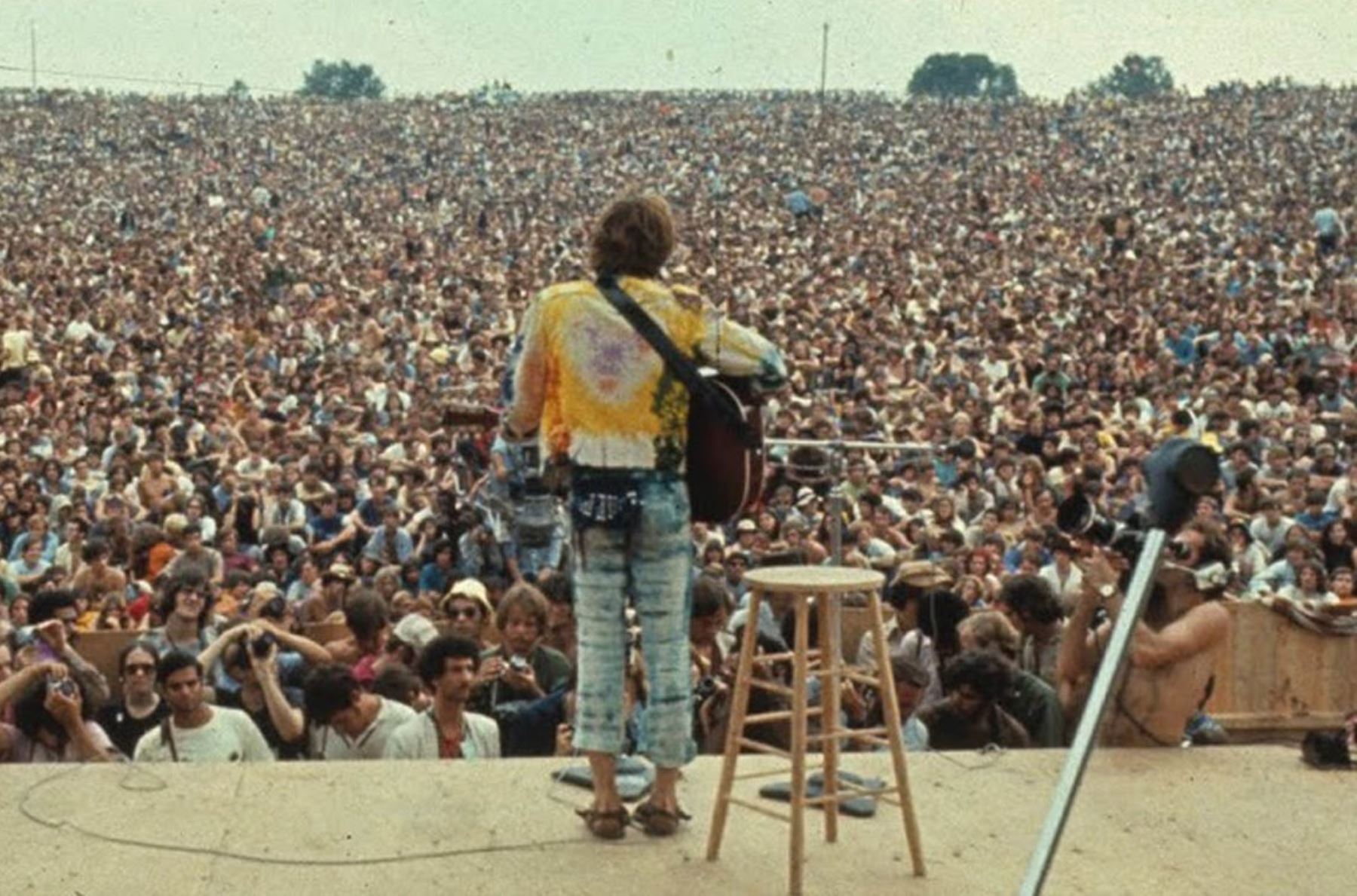 Woodstock was a music festival held between August 15–18, 1969, which attracted an audience of more than 400,000.  Billed as “An Aquarian Exposition: 3 Days of Peace & Music”, it was held at Max Yasgur’s 600-acre dairy farm near White Lake in Bethel, New York,  43 miles (70 km) southwest of Woodstock. Over the sometimes rainy weekend, 32 acts performed outdoors.  It is widely regarded as a pivotal moment in popular music history, as well as the definitive nexus for the larger counterculture generation.  Rolling Stone listed it as number 19 of the 50 Moments That Changed the History of Rock and Roll.  The event was captured in the Academy Award-winning 1970 documentary film Woodstock, an accompanying soundtrack album, and Joni Mitchell’s song “Woodstock”, which commemorated the event and became a major hit for both Crosby, Stills, Nash & Young and Matthews Southern Comfort. Joni Mitchell said, “Woodstock was a spark of beauty” where half-a-million kids “saw that they were part of a greater organism”.  In 2017, the festival site was listed on the National Register of Historic Places