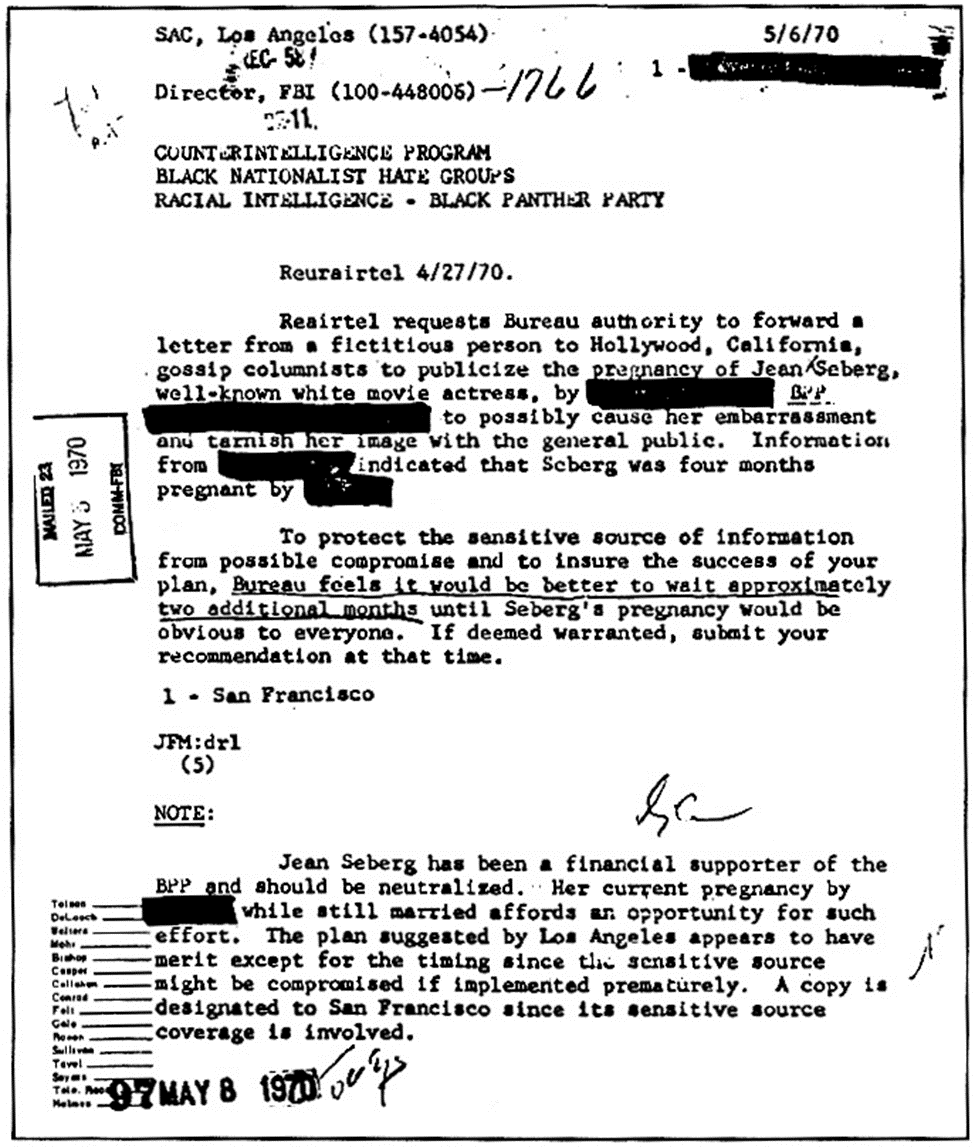 Common tactics used by COINTELPRO were perjury, witness harassment, witness intimidation, and withholding of evidence.  COINTELPRO (portmanteau derived from COunter INTELligence PROgram) (1956–1971) was a series of covert, and at times illegal, projects conducted by the United States Federal Bureau of Investigation (FBI) aimed at surveilling, infiltrating, discrediting, and disrupting domestic political organizations.  FBI records show that COINTELPRO resources targeted groups and individuals that the FBI deemed subversive, including feminist organizations, the Communist Party USA, anti–Vietnam War organizers, activists of the civil rights movement or Black Power movement (e.g. Martin Luther King Jr., the Nation of Islam, and the Black Panther Party), environmentalist and animal rights organizations, the American Indian Movement (AIM), independence movements (such as Puerto Rican independence groups like the Young Lords), and a variety of organizations that were part of the broader New Left. The program also targeted the Ku Klux Klan in 1964.

According to Noam Chomsky, in another instance in San Diego, the FBI financed, armed, and controlled an extreme right-wing group of former members of the Minutemen anti-communist para-military organization, transforming it into a group called the Secret Army Organization that targeted groups, activists, and leaders involved in the Anti-War Movement, using both intimidation and violent acts.  The FBI has used covert operations against domestic political groups since its inception; however, covert operations under the official COINTELPRO label took place between 1956 and 1971.  COINTELPRO tactics are still used to this day, and have been alleged to include discrediting targets through psychological warfare; smearing individuals and groups using forged documents and by planting false reports in the media; harassment; wrongful imprisonment; and illegal violence, including assassination.  The FBI’s stated motivation was “protecting national security, preventing violence, and maintaining the existing social and political order.”

Alex Rackley, a 24-year-old member of the New York chapter of the Black Panthers, was suspected of being an informant and taken to the Panther headquarters in New Haven, Connecticut.  There he was tortured and held for two days.  On March 21 he is fatally shot and his body dumped in the Coginchaug River