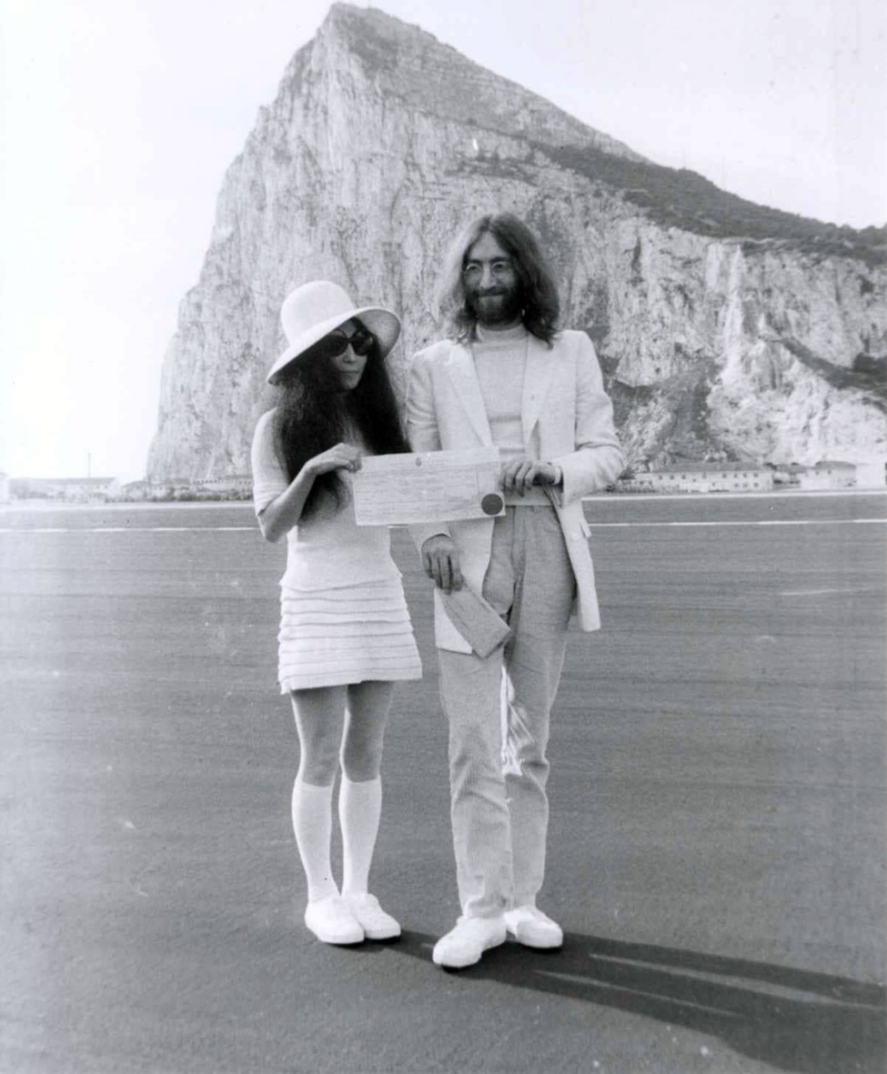 John Lennon and Yoko Ono are possibly one of the most famous power couples of all time.  They came together during the time of The Beatles, the hottest band in the world at the time, and arguably even still so.  So of course a relationship of one of the members of the group would be covered heavily. It was also noteworthy that Lennon was dating an Asian woman, an act which was pretty novel at the time for someone in the spotlight. Of course, the high-profile relationship was not without its controversy. Lennon and Ono were always together, an act which many Beatles fans believe to have been at least a huge, if not the contributing factor in the breakup of the band. Her loud voice pushing her musical influence on the band backed by Lennon is believed to have factored into tearing the band apart. Regardless of whether any of this is true, there are a lot of interesting facts about their relationship, some of which are well-documented and others which aren’t known by too many people these days.

After they were married in 1969, they decided to honeymoon in Amsterdam. They understood that it would be an impossible task to escape the press, however, so they decided to use their honeymoon as a platform to protest the Vietnam War. They would allow the press into their room between 9 am and 9 pm. During this time, they would talk about peace, sing some songs, and just chill out. The press were reportedly a little disappointed since at first they assumed they were being allowed into their room to film them getting hot and heavy.

It’s so fashionable to blame Yoko Ono for breaking up The Beatles. Just about everyone does it. It’s pretty stylish. It, however, is a gross oversimplification of what actually happened. Tensions within the group at the time would likely have torn the group apart anyway. The death of Beatles manager Brian Epstein, and the other members of the group feeling they were walking in Paul McCartney’s shadow, were all aggravating the band at the time and leading to an inevitable demise. Yoko Ono was actually seemingly just a convenient scapegoat for the real problems that were plaguing the band in the ‘60s.