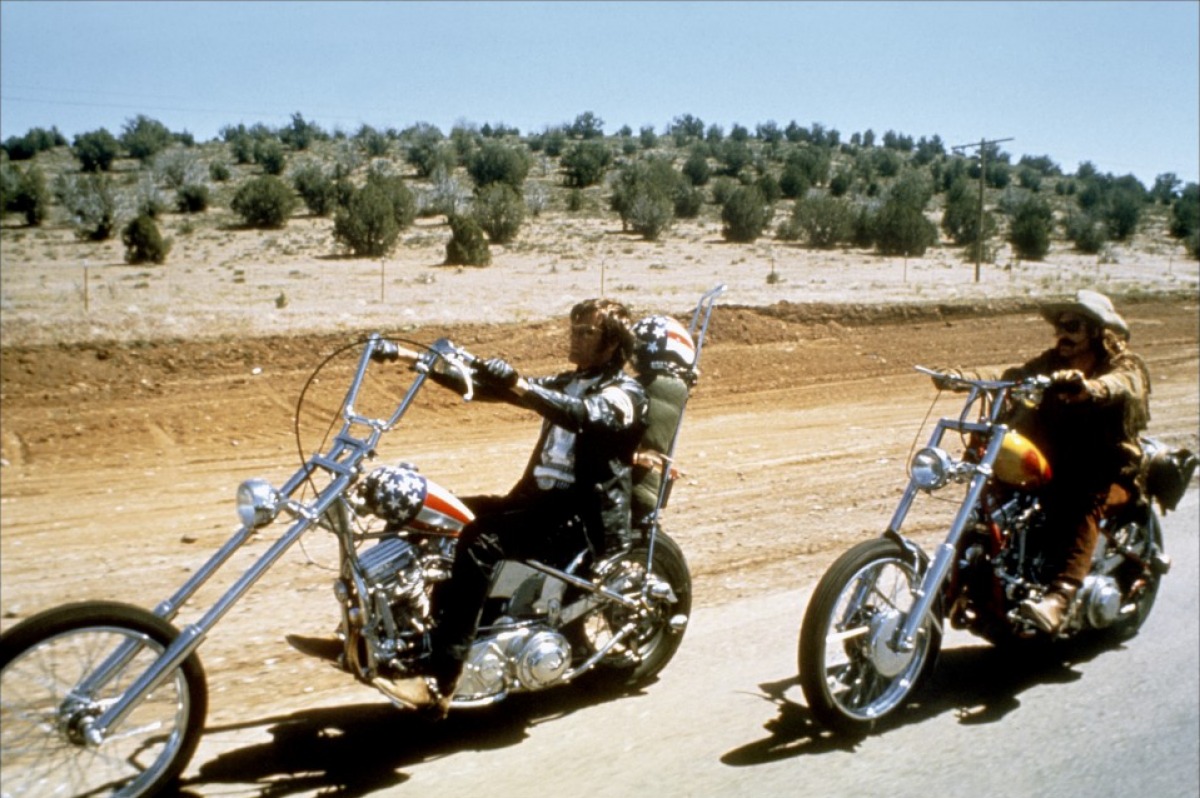 Easy Rider is a 1969 American independent road drama film written by Peter Fonda, Dennis Hopper, and Terry Southern, produced by Fonda, and directed by Hopper. Fonda and Hopper played two bikers who travel through the American Southwest and South carrying the proceeds from a cocaine deal. The success of Easy Rider helped spark the New Hollywood era of filmmaking during the early 1970s.

A landmark counterculture film, and a “touchstone for a generation” that “captured the national imagination,” Easy Rider explores the societal landscape, issues, and tensions in the United States during the 1960s, such as the rise of the hippie movement, drug use, and communal lifestyle. Real drugs were used in scenes showing the use of marijuana and other substances.

Easy Rider was released by Columbia Pictures on July 14, 1969, grossing $60 million worldwide from a filming budget of no more than $400,000. Critics have praised the performances, directing, writing, soundtrack, visuals, and atmosphere. The film was added to the Library of Congress National Film Registry in 1998.